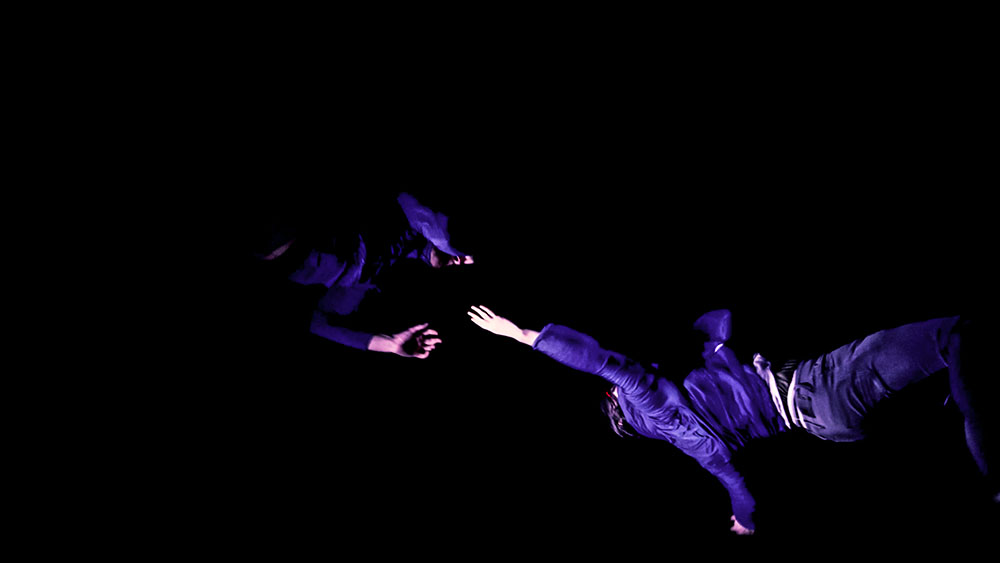 Driant Zeneli’s work is about the attempt for elsewhere, for an infinite space without borders, where no ambition is precluded nor any task impossible: a feeling deeply rooted in an artist who grew up in a country in rapid and not always straight transformation like Albania.

The artist sets himself impossible targets and pursues them by planning incredible and paradoxical feats, which are doomed to failure but anything but toothless. With a visionary force and not without irony, its work expresses the subversive character of desire, dream as a fundamental dimension in that it helps us defocus our gaze, and a reaction against the logic of necessity, functionality and consumption.

Prompted not by a spirit of competition but by his gaze upwards, Zeneli explores the sky through trial and error. For example, the ancient dream of flying is recurring in his work and arises from his impatience with the fact that gravity binds us to the ground. The inevitable failure of all attempts to get off does not change anything. In the relationship between top and bottom, more than the cosmos with its mysteries, it is space, which creates a distance between us and our targets, that matter most: a space full of ambitions, which reside in mankind in spite of their earthly condition.

Through videos, photography, performance and drawing, Zeneli interweaves personal experience with collective history, and myth with history, politics, transformation, utopia and dystopia, rethinking the idea of the true, the false, challenge and failure in tune with his own vision.